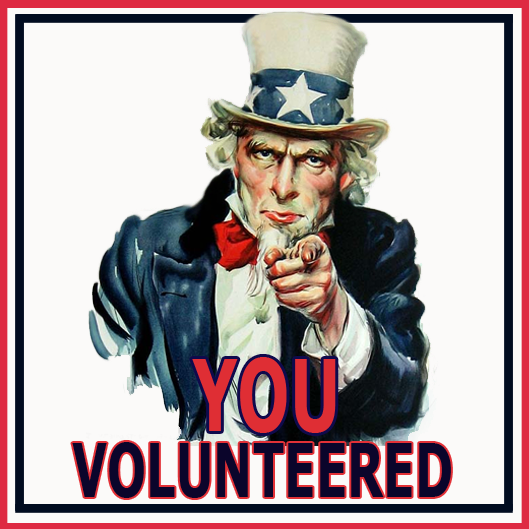 I believe that we Americans have volunteered, unwittingly, into federal bondage and that a fraud has been perpetrated that must be addressed. The fraud lies in the execution of a contract without knowledge of its intent.

This piece is meant to build on three previous Dollar Vigilante posts written by Gary Kinghorn, relating to the voluntary nature of our level of participation in a corrupt and failing system.

The first post was a review of the book, From Sovereign to Serf, by Roger Sayles. From Sovereign to Serf lays out Sayles’ thorough background on this subject matter and then goes on to provide a solution for those who are interested in removing themselves from majority rule. His main point is to raise awareness of two different legal statuses which were created by the 14th Amendment, the U.S. Citizen who is a voluntary taxpayer, and the U.S. National who is a voluntary non-taxpayer.

The second post was the Anarchic Story of Christmas, the story of how Jesus was actually an anarchist. Much of the Common Law that founded many of the Republics of old, was stated in the bible. The original King James bible provides us with a mountain of Common Law basics, including the Ten Commandments, which can be reduced to the two Natural Laws which most Austrians are familiar with; do no harm, and do all you agree to do. The meaning of Republic came from the words “Libera Res Publica” which means, free from things Public, or free from Majority Rule.

The third post was a review of another book, Taxation by Misrepresentation, by John W. Benson. The author was a mentor of Roger Sayles, and both men have spent mountains of time and energy to research the Common Law history of America the Republic and the feudal history of the current Federal Government. Benson takes a close look at the 16th Amendment and the nature of the IRS and Income Tax Acts, which are voluntary contracts.

To fully understand the reality that Gary Kinghorn is trying to show us we need to open up our minds, for most of us have been told to think that this reality is not possible, or does not exist.

No problem can be solved from the same level of consciousness that created it.

Does a Rule Exist If No One Follows It?

Cicero once said that all men need to decide whether they get their laws from God or Nature, or from other men. It is not possible to escape Common Law, however it is possible to escape the rules created by others. By deduction, the rules of other men cannot exist without the participation of those who follow the rules. Without your consent and participation, the Federal Government doesn’t exist, but the Republic still does. Common Law simply exists. It can be denied in the mind, but not in the flesh.

Un-a-lien-able: Unalienable Rights are Fundamental rights secured by Natural Law that cannot be taken away, including the right to practice your religion of choice, the freedom of speech, right to travel, eat, sleep, etc.; cannot be transferred to another or surrendered except by individual choice and contract; the opposite of “inalienable” rights, or “civil” rights which are conferred by statutory law and by government permission and privilege; cannot be liened against.

Remember that the federal “United States” was created and limited by the authority and power vested in the Constitution. Pursuant to the Constitution, the federal “United States” has no jurisdiction outside of the 63 miles of the District of Columbia, or any unincorporated territories purchased by treaty except where jurisdiction has been extended by contract.

Is The Constitution an Enforceable Contract?

The Constitution was not a contract between the People and their Representatives, it was the statement of the contract. A contract exists only in reality. What is on paper, is the statement of the contract. A contract needs party A, party B, and an exchange of consideration. Consideration is the exchange of goods, services, money, value, or other Lawful property. If party A offers a service or benefit, and party B accepts, does party B not owe party A? Usually stated as a contract, in the conditions of acceptance? So if you happen to hold your hand out for a Government benefit, and accept it, is it free? Or does it come with a whole bunch of conditions? It is the actions that make the contract, what is on paper is merely the statement.

Have You Unwittingly Contracted Away Your Rights?

What the Constitution did, was to state that the People have certain Unalienable Rights based on Common Law. Those Lawful Rights still exist, they always have and they always will. The Laws of Nature will not magically appear or disappear because we write them down, ignore them or forget about them. The key is that one of those Rights, is the Right to Contract. Most of us have contracted away all of our other Lawful Rights to other men for the illusion of safety, security, and substituted civil or slave rights in their stead.

Is living under other men’s rules not slavery?

Can You Restore Your Rights and Freedoms?

What follows is that we can regain our freedom by exiting some of those contracts. To exit a contract, it first has to be understood. With research and understanding a whole new level of consciousness opens up and it becomes incredibly easy to undo all of those silly contracts that take away our freedom. It creates a reality of no income taxes, no property taxes, traveling without a license, and complete removal from all man-made regulations. This can be done without penalty, police tearing down your door, court dates, jail time, and most importantly, without anger or violence.

This is the same non-violent refusal of participation that many Austrians, Anarchists, and Libertarians support. Majority Rule or large groups of men have a monopoly on force. Why not take away their only strength? After all, the pen is mightier than the sword. What is missing, is the understanding of the Law, and specifically the understanding of voluntary contracts. It seems a little hypocritical to be voluntarily contracting away our freedom while at the same time complaining about the lack of freedom.

It is a war of the mind. It is your choice to follow the rules of other men. It can be no other way.

There is a mountain of work and research in existence that studies this psychological war between the Common People and the ruling elite, which dates back all the way to Babylon. Next to that, is a mountain of Case Law dating back to the days of the Magna Carta, that supports this course of action. This course of action whereby we exit those contracts which have unwittingly taken our freedom, and thereby regain our sovereignty.

What Sovereign Responsibility Comes with Freedom?

The catch is that freedom must be earned. It takes a lot of courage, hard work, research, determination, and most of all, responsibility. There are many other men who would impose their will on you and it takes a lot of work to learn how to keep them at bay. Most importantly, as a sovereign, you shall do no harm unto others. You and only you, are responsible for your actions, and thereby fully liable under the Common Law. This means it is time to grow up and say good-bye to Big Brother. It is time to take responsibility for your actions and in doing so, show your fellow man that you can handle your affairs without his oversight.

Roger Sayles and John Benson are two of the many individuals that have gained this awareness. They have taken action to exit their contracts with the Federal Government, and live peacefully within America the Republic.

Here are some resources and methods from others that are conscious and their courses of action: